We all meet in Prague and go to the venue together. An intensive language program takes place in the congress facilities of cozy hotels in the Czech Republic (Close to Prague, close to Czech – German borders and Czech – Austria borders). We depart on Sunday morning (9:30, to Moravia 9:00) from the Main Train Station in Prague by our own HELIA tour bus. The present accommodation is: 6 days (5 nights) in the beautiful accommodation of the hotels. Each local participant has his/her own single room, including full board (three times a day in the hotel restaurant), refreshments during the stay, study materials and a trip with an English speaking tour guide.

Hotel Gold Chotoviny **** is surrounded by lovely South Bohemian nature and yet is just one hour’s drive from Prague and about 40 minutes drive from Ceske Budejovice, close to the D3 highway exit.  This hotel offers not only accommodation in stylish rooms, but also high-quality gastronomy, a luxurious wellness center, a charming outdoor garden and a restaurant with sunny terraces. All are ideal places to relax. The hotel, a former brewery, has been successfully renovated, but still retains its original architectural appearance.

The property which is now the hotel has been created by the reconstruction of historic buildings of the former Lihovar cooperative distillery. The history of the property reaches as far back as 16th century, where the first written references to the already established production of spirits fermented from potatoes can be found. Written documents from 1877 speak of the distillery as a part of the Telč estate, whose owner was Leopold IV (from the house of Podstatzky–Lichtenstein). As time went on ownership changed, and after nationalisation in 1945 the property became a part of an organisation for the manufacture of potato-derived spirit. By 1969 a distillery had been established – mainly for production of slivovitz and brandy from local produce.

Reconstruction which had been started in 1977 was never completed. The property decayed until 1995, at which time it was bought by the Antoň family – as a ruin, designated for demolition. Immediately however a comprehensive reconstruction programme was commenced with the aim of rebuilding the property into a fully-accessible hotel complex. The architect Mr. M. Klang, the guiding spirit behind the reconstruction, does not disavow the original purpose of the building; why hide what is characteristic of it? The first fruit of the effort to construct the hotel facility was that of the Lihovar restaurant. Then the rebuilding went on to the construction of the accommodation facilities and conference and recreation areas. The whole structure is conceived as being easily-accessible at a tranquil but at the same time central position, within easy reach of the historic centre of the town and directly connected to numerous tourist and cycle paths.

Hotel Bítov *** is situated on the border of South Moravian and Vysočina regions at the very end of Vranov dam. The breathtaking and breathtaking scenery of the surrounding countryside offers a wealth of possibilities – from hiking, cycling trips to thematic tours of historical monuments. In the vicinity of the hotel you can visit the castle Bitov. Other sights in the vicinity include the Vranov nad Dyjí Chateau, the Uherčice Chateau, and the Austrian Riegersburg Chateau and the fairytale Hardegg Castle on the other side of the state border. On the Vranov Reservoir, which is 350 meters away, you can take a boat trip or use the water levels for various water sports. 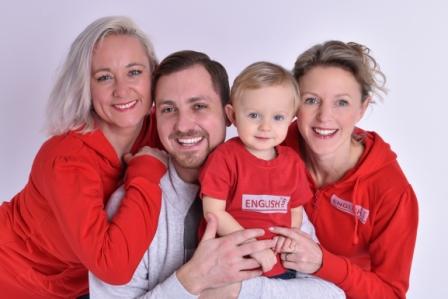 By signing in, you agree to the processing and protection of personal data for the purposes of profiling the customer under the GDPR (Article 4 (11) and Article 7 of the GDPR).

I agree with the processing and protection of personal data for GDPR customer profiling purposes (Article 4 (11) and Article 7 of the GDPR Directive).AgreeDisagreeMore